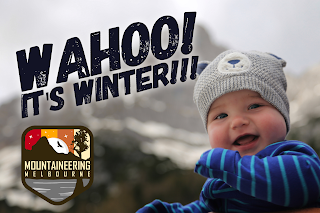 Welcome to the Winter of 2018 dear Backcountry Lovers!

Winter is just a couple of days old and the chilly weather has already settled in. Yes last year was an epic opening of a season with an early dump of snow (see pics at the bottom) however the Grasshopper has released the June outlook and it's not that bad: "So, on the whole, we’re in for a decent season." Wahoo!

Now let's have a look and check out the upcoming trips of the coming months. This year might get a bit crowded in the Victorian High Country since both the Melbourne Uni Mountaineering Club (MUMC) as well as the Australian section of the New Zealand Alpine Club (NZAC) are ramping up their activities again. I think it's great that we have a solid base of clubs venturing into the mountains. Cheers to all the trip-leaders who make that happen!  Here is the selection of upcoming club-trips🌌 with a special mark 🌟 where you can expect a rock-star appearance by a Mountaineering Melbourne member 😀
On top of that you'll have all the other usual suspects like Adrian or the girls and boys from the Mt Bogong Club crowding the slopes.

Now sharpen these crampons, give those skis a service and have your gear ready when the snow hits the ground. Enjoy the season! 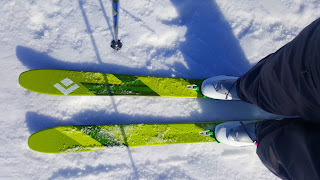 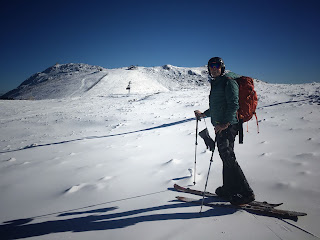