If you want to know what's going to happen this season, check out what the Grasshopper has to say. According to him we're looking at a decent average season ... but what does that mean?!?!?

Last year I found some historic snow data and recently - with some creative URL tweaking - I was able to retrieve the 2017 data as well. Last year was actually quite a good season with an early start, a bit lazy but average first half and then from mid August onward it dumped down well above the long-term average.
For us this meant the late-season VCC trip to Bogong had plenty of snow (see pics below) and we were able to do some very stupid stuff 😈
Will it be the same this year? Who knows - at least the season got out of bed on the right foot. Below you'll find the long-term snow statistics for Mount Buller with the some upcoming trips* as black dots.  Now taking the Grasshopper's words for granted we're looking at something along the green line. Nice!


Whatever your plans are in the Australian High Country for this winter, it does look promising ... unless you don't like snow ... you weirdo ... get off my website!


* Not all of these trips are going to the Mt Buller area but this gives you an idea what to expect if you're going on one of them. 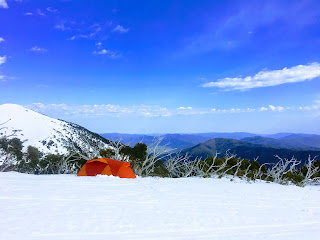 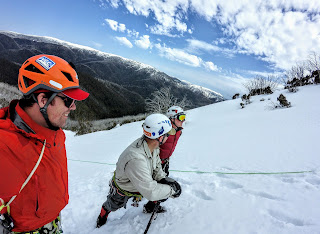 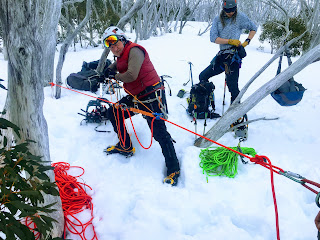 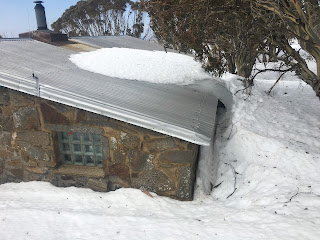 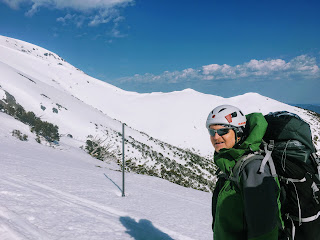 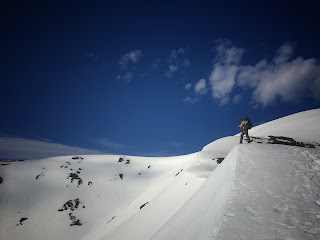