When selective availability was switched off in 2000 there weren't any smartphones around let alone some with a good GPS module. If you wanted GPS navigation, you needed a handheld GPS receiver. Since then we've come a long way and modern smartphones have GPS as well as GLONASS modules on board. Their functionality is quite reasonable but there are still downfalls compared to dedicated GPS receivers. 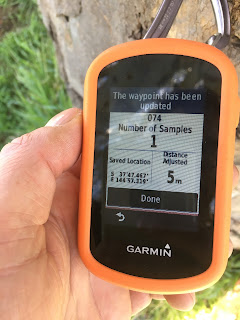 In hiking forums you'll see a lot of smartphone-fan-boys and there's nothing wrong with leaving your GPS unit at home as long as you know the limitations and consequences of your choice. Funny enough that doesn't seem to be always the case and there is an increasing number of lost hikers who purely relied on their phone for navigation.

In order to make things a bit more readable I'll write phone if I mean smartphone (e.g. iPhone) and GPS unit if I mean a  dedicated handheld GPS receiver (e.g. Garmin etrex) so let's dive into it:

While newer phones have less thirsty GPS modules, they still can't compete with GPS units. The normal phone is pretty much dead after a few hours if the GPS is on and tracks you like a GPS unit would. However GPS units have a battery life up to 170 hours. Yes one hundred seventy - that's not a typo. Recharging a phone can get messy unless a phone where you can swap batteries but normally they're compromised regarding being splash or water-proof:
There are strategies to extend the battery life of your phone on the trail. You can use the airplane mode, reduce screen brightness or the dedicated battery safe mode but they come at the cost of reduced functionality. On top of that if you get these wrong, you phone might be flat before you know it. An additional challenge for phones is cold weather. Some cope well but most don't. E.g. the iPhone 6s is known to crack the sads below 5°C and shut itself off without notice. In the end I want to keep my phone battery as fresh as possible in case I do need to call for help.

On a side-note: The new Garmin inReach Explorer+ has a completely insane battery life. On the recent flight from Europe back home I left it on to see how long it will last. Well it did the whole 27h - yes twenty-seven hours - with 20% battery left at the end. Keep in mind that includes firing up the satcom module every 10 minutes and uploading data to the satellite network. If you're a bit conservative with your satcom, this can be stretched to 100 hours. 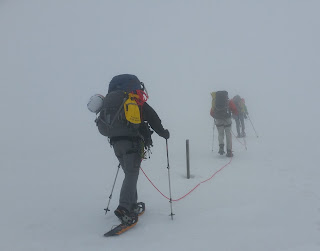 This is straight forward: Most smartphones are still fairly fragile and without an additional case, you're very likely to install the "spider-app" on your phone. I managed to kill multiple phone screens in my life so any new phone gets a lifeproof case by default. While you can still smash the screen of a GPS unit, it's a bit of a challenge especially if you don't have a unit with a touch-screen.

However the bigger advantage of GPS units is they're waterproof. I don't know how many times I dropped one of those in a creek or a puddle but they always survived because that's what they were designed for.

A couple of years ago there was actually a difference in accuracy however that is not the case anymore. Phones have caught up with GPS units and they can be considered equal for the task of outdoor navigation. Although you might not realise it, a lot of phones and GPS units already utilise the Russian GLONASS system as well which increases accuracy even further. The European Galileo system will be operational next year with a further improved accuracy. The Samsung Galaxy S8 and the iPhone 8 can already receive and use the Galileo signal. 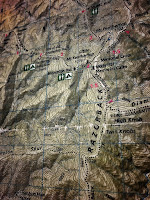 Depending on your phone's app it's more or less easy to get a map on the display. This is in general an advantage over GPS units. However if you're a nerd like  me, it's not that hard to have multiple maps and profiles set-up in your unit. The quality of maps varies widely for both phones and GPS units. You can spend a lot of money on that or just use open street maps which are available as offline maps for every phone and as map files for Garmin devices.
However in terms of screen resolution and display size the good old paper map is pooing all over phones and GPS units. You need it as a backup anyway and who doesn't like opening a map & imagining the future adventures ahead?

Today's GPS units have a lot of standard function you can't find in every phone app. Switching between different coordinate systems and map datums is a classic one. Loading GPX files, waypoint averaging, back-tracking, proximity alerts or various compass functions are just some of them.
Since I'm already speaking about functionality, I have to mention touch screen - especially capacitive screens. We love them on our phones since we normally use them in well regulated conditions however they are not exactly great in the rain or snow. If you intend to go out in harsh environments, your iPhone 8 in an Otterbox will survive like the etrex 35 will. However both will be an absolute pain to operate so you might as well buy a good unit with buttons e.g. a GPSMAP 64

Neither a phone nor a GPS unit are bullet proof and you still need to be able to navigate in less than ideal conditions with a map and a compass. If you are relying on technology for outdoor navigation, you're doing it wrong.

Personally I would only leave the GPS unit at home when the need for in-depth navigation is minimal which are in general short day trips. If you're going out into rougher terrain, offtrack, in the snow or other adverse conditions, there could be the need to back-track. Sometimes the only why out is to go back the way you came. You'll find this basic feature in every GPS unit while phones can do that as well but not without chewing through the battery in no time. And if you didn't record your track, there's nothing to follow. It's just an additional ease of mind to know the GPS is running in the top of my pack and I can get it out if I need it.

Basically be proficient at map & compass navigation and then use whatever you want.